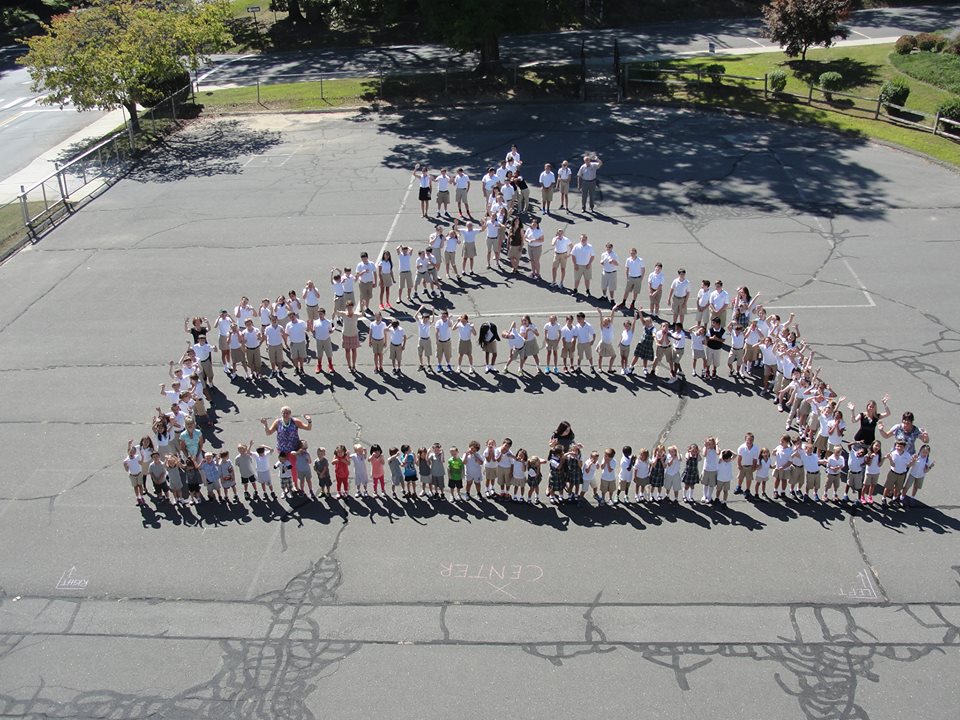 ST. JOSPEH SCHOOL:  A Tradition of Faith in Education

The founding of Saint Joseph School is credited to the fourth pastor, Father Thomas J. Keena, who established the institution as the first parochial school in the City of Bristol. It was an institution open to Catholics of all nationalities. This factor set a precedent for what continues to be Saint Joseph’s ideology in matters of Catholicity.

Through the guidance of the Sisters of Saint Joseph and the support of the Pastor and Parish, Saint Joseph grew. One grade was added each year until there were a total of eight. In June of 1908 Saint Joseph proudly held commencement exercises for its graduation class.

A half-century later, as the city grew and Catholicism spread, a need for school expansion became apparent. In 1958 a second first grade was added and the school’s history repeated itself through the doubling of one grade each year. By 1966 doubled classes existed at each academic level.

The growth of school population heralded the demand for a new school building. Construction began under the leadership of Rt. Rev. Msgr. James P. Kerwan, who was the administrator of the parish at that time. The new school building as well as a convent was dedicated on November 13, 1960.

Faced with a declining enrollment, the school reduced the number of classrooms to one per grade level in 1970. A decade later a Kindergarten was opened to offer a complete elementary education.

In the spring of 1987 the Sisters of Saint Joseph ended their tenure at the school, under the direction of Rev. James Leary and Rev. Thomas Shepard, co-pastors, Mark J. Monnerat was appointed the first lay principal of the school. At this time, an all-lay faculty as well as a newly established school board directed Saint Joseph School.

The 85th anniversary of the school’s existence and its service to the community was celebrated in 1988. On April 9th of that year, over seven hundred alumni returned for a grand reunion. In order to continue the school’s message and solidify school ties, alumni volunteers helped to establish a newsletter, The Guardian. The alumni declared the school to be the “guardian of faith and knowledge,” and this publication was established to serve as a means to preserve the history and tradition of their educational roots. The Guardian is published three times each year and is mailed to alumni, past parents, grandparents, and friends of Saint Joseph School.

In September of 1988 Saint Joseph School once again adapted to the changing times with the addition of a Pre-Kindergarten program. A Student Council was also introduced to aid the students in the development of leadership skills and in the understanding of the electoral process.

Auxiliary Bishop, the most Rev. Paul Loverde, D.D., V.G., was in attendance on October 20, 1993 when Saint Joseph School celebrated the 90th anniversary of its founding.

In 2003 the school reached a milestone by celebrating its 100th Anniversary of Catholic education. For the first time in its 100- year history, the school introduced full-day Kindergarten while continuing its very successful half-day program. The first fully equipped computer lab with Internet capabilities was built through donations.

As we celebrated our 110th anniversary in 2013 we have updated our computer lab and added 60 chrome books for our students in grades 5 through 8.

After 28 years of dedicated service to the St. Joseph community, Mark Monnerat retired as principal in 2015.  Eric Frenette, an alumni of St. Joseph School Class of 1998, joined the school family as principal for the 2015-2016.  Mr. Frenette is a former school counselor in the public sector and a licensed practicing counselor in the State of Connecticut.

Through the dedication of faculty and administration, the guidance of the priest-director, the generosity of the parish, the sacrifice of the parents, and the goodwill of the students; Saint Joseph School holds firm in its traditional values. Saint Joseph School delights in its history, traditions, and the more than thirty-five hundred graduates who have passed through its doors.